Justice 4 Demetre Fraser Campaign supports the UFFC No. 10 Petition re: deaths in custody

The United Families & Friends Campaign (UFFC) calls for an independent judicial inquiry into all suspicious deaths in custody.
UFFC is a coalition of families and friends of those that have died in the custody of police and prison officers as well as those who died in psychiatric and immigration detention. It also has members and supporters from campaign groups and advocacy organisations from across the UK.
The Independent Advisory Panel on Deaths in Custody report published in 2011 states: in total, there were 5,998 deaths recorded for the 11 years from 2000 to 2010. This is an average of 545 deaths per year. Despite the fact there have been 11 unlawful killing verdicts since 1990 there has never been a successful prosecution.
Our joint efforts have yielded some results. The police self-investigation of deaths was replaced by the Independent Police Complaints Commission and the Prisons and Probation Ombudsman now investigates deaths in prison and immigration detention. The Attorney General was forced to undergo a review of the role of the Crown Prosecution Service, and corporate manslaughter laws are now extended to custody deaths.
However, these reforms have not addressed the lack of justice in outstanding cases. We believe that equitable dispensation justice in the UK must be done and be seen to be done if the general public are to enjoy high levels of trust and confidence in the fair administration of justice.
The poor quality and speed of independent investigations conducted by the Independent Police Complaints Commission and an Inquest process that is seriously under resourced, subject to delay and limited in remit and is not fit for purpose. Both critically fail to protect or support the rights of victims or their families.
Our Demands:
1.  Replacement of the IPCC to ensure open robust transparent and thorough investigations from the very outset of police deaths in custody - with a removal of all ex-police officers for it to be a truly independent body.
2.  The Prisons and Probation Ombudsman should be placed on a statutory footing.
3.  Deaths in psychiatric detention and / or of those detained under the Mental Health Act must be subject to a system of properly funded investigation that is completely independent of the Health Service.
4.  Officers and officials directly involved in custody deaths are suspended until investigations are completed.
5.  Immediate interviewing of officers and all officials concerned with the death.
6.  Officers and officials should never be allowed to collude over their evidence and statements of fact.
7.  Full and prompt disclosure of information to the families affected.
8.  Prosecutions should automatically follow ‘unlawful killing’ verdicts at Inquests and officers responsible for those deaths should face criminal charges, even if retired.
9.  Implementation of police body cameras and cameras in all police vehicles in the interests of both the officers and the public.
10.             There should be an automatic right to non means tested legal aid for families. There is a lack of funds for family legal representation at Inquests whilst officers and NHS staff get full legal representation from the public purse – this is unbalanced.
US civil rights veteran, Rev Jesse Jackson supports the inquiry campaign.
Petition Link:  http://epetitions.direct.gov.uk/petitions/26276
UFFC website:  http://uffc-campaigncentral.net/

'This is a unity march in remembrance of all those Africans who have lost their lives at the hands of brutal British state. In particular the march is dedicated to Ricky Bishop who was murdered by Brixton Police inside that notorious police station 10 years ago, and Demetre Fraser who was killed in Birmingham by the just as notorious West Midland's police, but was actually from Peckham.'


These Pictures were taken were taken by Delroy Constantine-Simms. Please respect the copyright and ensure the photographer is credited accordingly.
﻿
﻿ 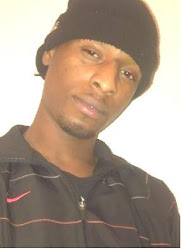 About the Campaign for Justice for Demetre Fraser:

Demetre Fraser, AKA T.Dot, 21 years of age from London, died after being visited by the West Midlands Police Force on the 31st May 2011.

The official version of events is that Demetre committed suicide by jumping off an 11th floor balcony. That is heavily disputed and undermined by the fact that neighbours heard a violent struggle and saw evidence of such on the 8th and 11th floors.

Thank you to all those who joined the Enough is Enough march on Saturday 12th November. The march, organised by INPUDM and protesting deaths in custody, was particularly dedicated to Demetre Fraser and Ricky Bishop. Big thanks and love to all involved.